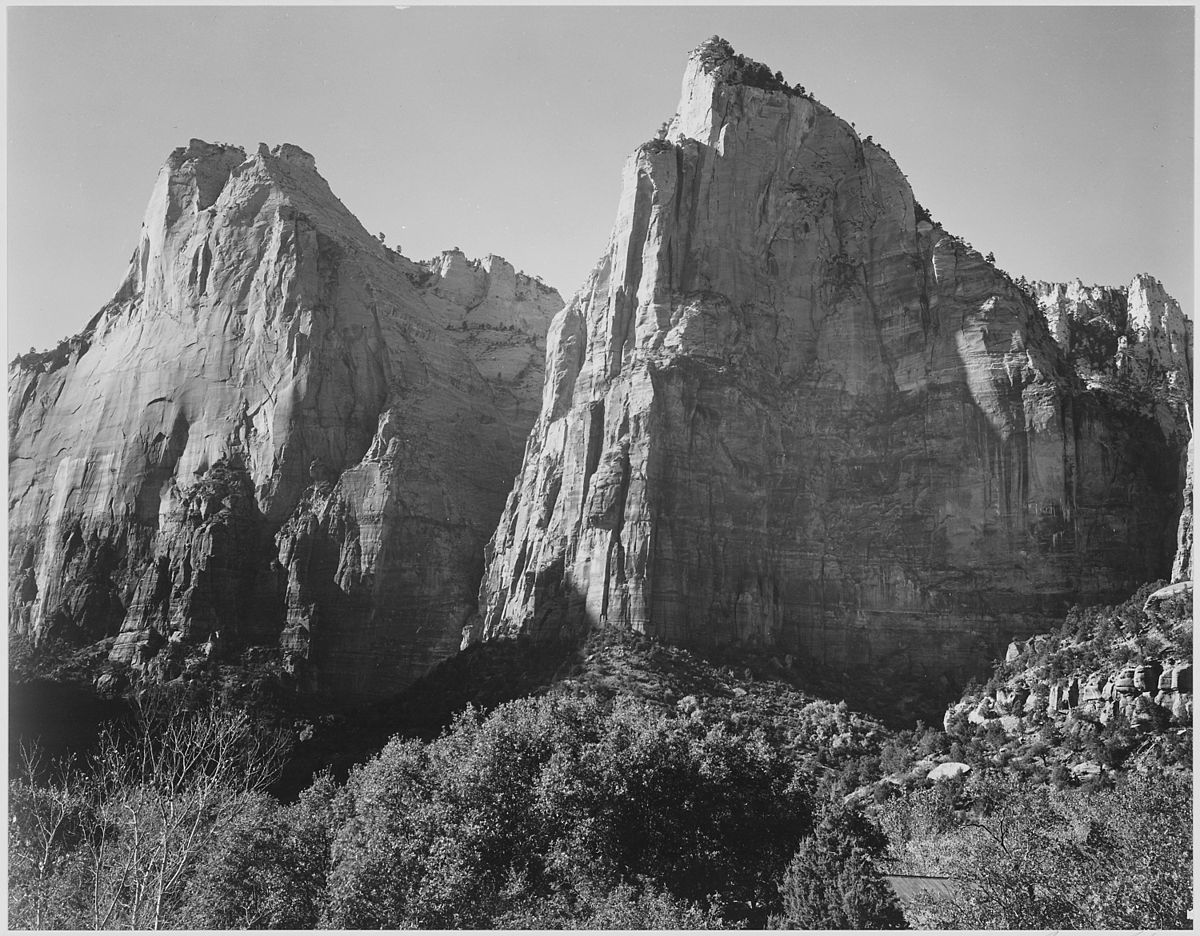 Follow the paths where native people and pioneers walked. Gaze up at massive sandstone cliffs of cream, pink, and red that soar into a brilliant blue sky. Experience wilderness in a narrow slot canyon. Zion’s unique array of plants and animals will enchant you as you absorb the rich history of the past and enjoy the excitement of present day adventures.

Zion National Park is an American national park located in southwestern Utah near the town of Springdale. Located at the junction of the Colorado Plateau, Great Basin, and Mojave Desert regions, the park has a unique geography and a variety of life zones that allow for unusual plant and animal diversity. Numerous plant species as well as 289 species of birds, 75 mammals (including 19 species of bat), and 32 reptiles inhabit the park's four life zones: desert, riparian, woodland, and coniferous forest. Zion National Park includes mountains, canyons, buttes, mesas, monoliths, rivers, slot canyons, and natural arches. The lowest point in the park is 3,666 ft (1,117 m) at Coalpits Wash and the highest peak is 8,726 ft (2,660 m) at Horse Ranch Mountain. A prominent feature of the 229-square-mile (590 km2) park is Zion Canyon, which is 15 miles (24 km) long and up to 2,640 ft (800 m) deep. The canyon walls are reddish and tan-colored Navajo Sandstone eroded by the North Fork of the Virgin River.
Human habitation of the area started about 8,000 years ago with small family groups of Native Americans, one of which was the semi-nomadic Basketmaker Ancestral Puebloans (who used to be called Anasazi by early non-indigenous archeologists)(c. 300 CE). Subsequently, what has been called the Virgin Anasazi culture (c. 500) and the Parowan Fremont group developed as the Basketmakers settled in permanent communities. Both groups moved away by 1300 and were replaced by the Parrusits and several other Southern Paiute subtribes. Mormons came into the area in 1858 and settled there in the early 1860s. In 1909, President William Howard Taft named the area Mukuntuweap National Monument in order to protect the canyon. In 1918, the acting director of the newly created National Park Service, Horace Albright, drafted a proposal to enlarge the existing monument and change the park's name to Zion National Monument, Zion being a term used by the Mormons. According to historian Hal Rothman: "The name change played to a prevalent bias of the time. Many believed that Spanish and Indian names would deter visitors who, if they could not pronounce the name of a place, might not bother to visit it. The new name, Zion, had greater appeal to an ethnocentric audience." On November 19, 1919, Congress redesignated the monument as Zion National Park, and the act was signed by President Woodrow Wilson. The Kolob section was proclaimed a separate Zion National Monument in 1937, but was incorporated into the national park in 1956. Congress designated 85% of the park a wilderness area in 2009.
The geology of the Zion and Kolob canyons area includes nine formations that together represent 150 million years of mostly Mesozoic-aged sedimentation. At various periods in that time warm, shallow seas, streams, ponds and lakes, vast deserts, and dry near-shore environments covered the area. Uplift associated with the creation of the Colorado Plateau lifted the region 10,000 feet (3,000 m) starting 13 million years ago.

We can help! Many campsite reservations are cancelled daily. Just tell us when you’d like to camp at Zion National Park, and how long you want to camp for. We’ll text you when a suitable spot opens up!