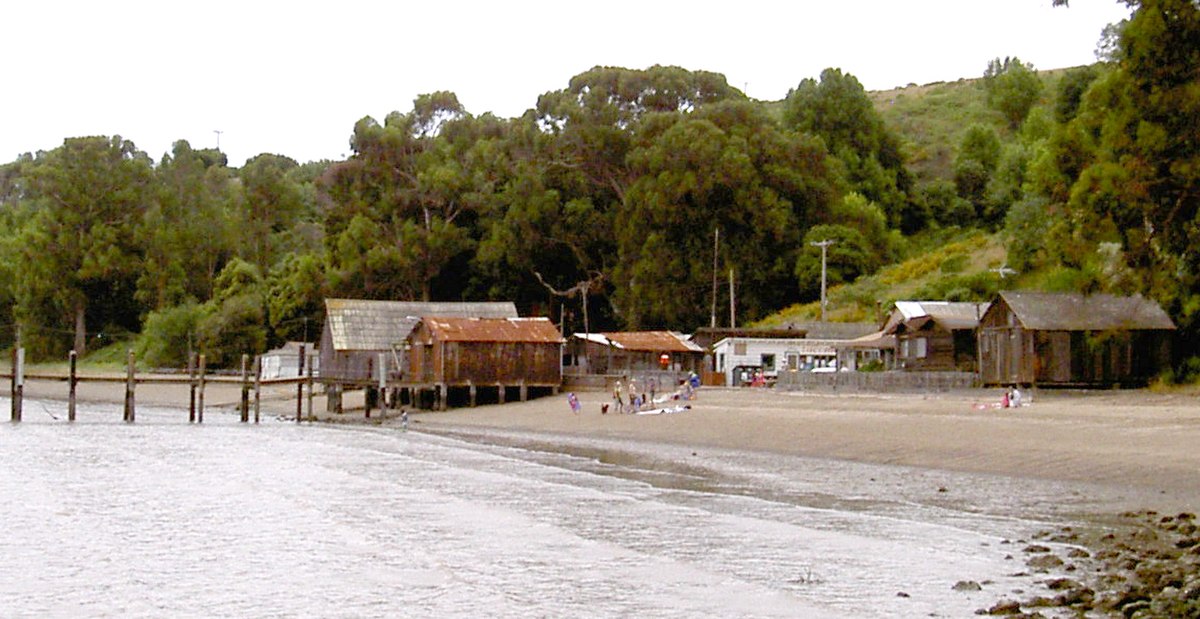 China Camp State Park is a state park in Marin County, California, surrounding a historic Chinese American shrimp-fishing village and a salt marsh. The park is located in San Rafael, California, on the shore of San Pablo Bay. It is known for its hiking and mountain biking trails, scenic views, and open spaces. The 1,514-acre (613 ha) park was established in 1976. A 75-acre (30 ha) district, including the shrimping village and a prehistoric shell midden, were added to the National Register of Historic Places in 1979 for having state-level significance in archaeology, architecture, commerce, settlement, and social history. China Camp State Park, along with the Rush Ranch Open Space Preserve, is part of the San Francisco Bay National Estuarine Research Reserve.

We can help! Many campsite reservations are cancelled daily. Just tell us when you’d like to camp at China Camp State Park, and how long you want to camp for. We’ll text you when a suitable spot opens up!