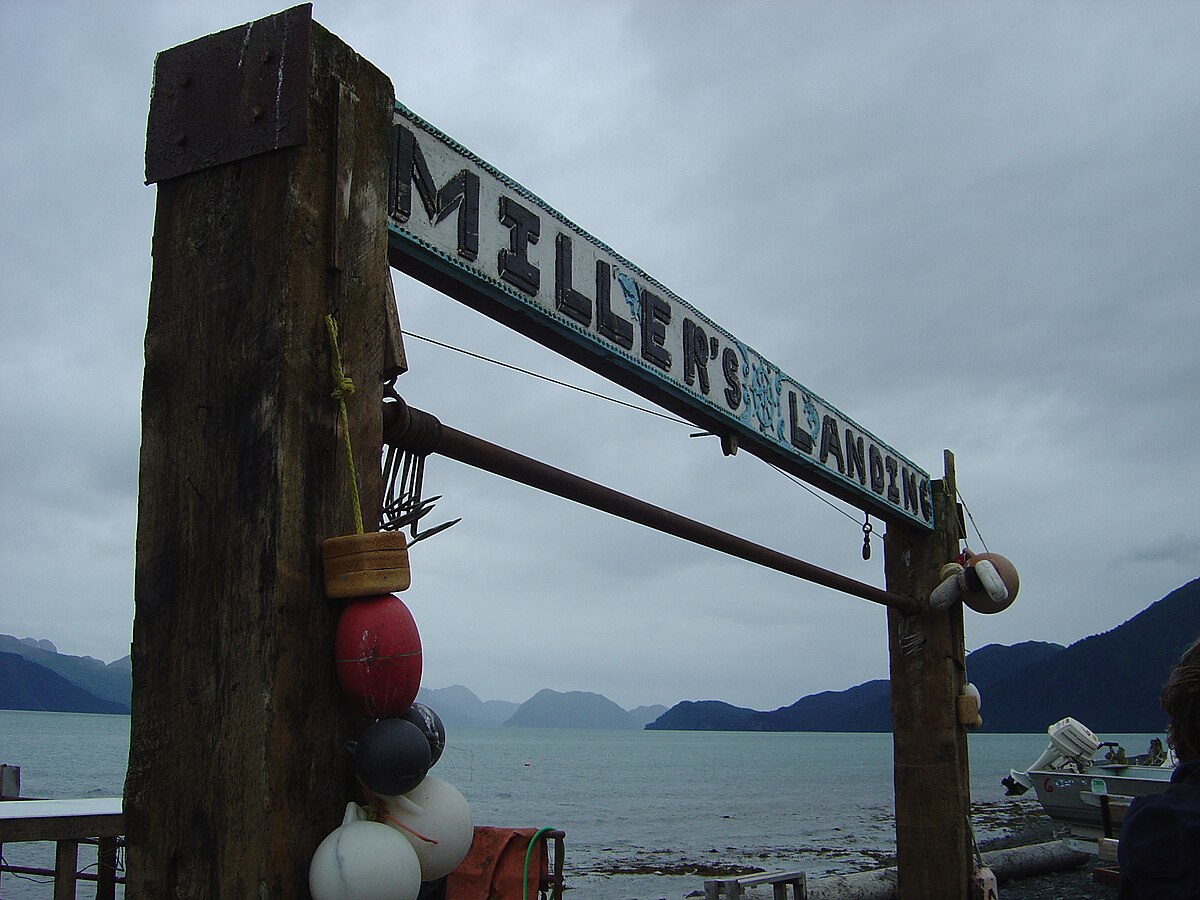 Resurrection Bay, also known as Blying Sound, and Harding Gateway in its outer reaches, is a fjord on the Kenai Peninsula of Alaska, United States. Its main settlement is Seward, located at the head of the bay. The bay received its name from Alexandr Baranov, who was forced to retreat into the bay during a bad storm in the Gulf of Alaska. When the storm settled it was Easter Sunday, so the bay and nearby Resurrection River were named in honor of it. Harding Gateway refers to the passage between Rugged and Cheval Islands.
Resurrection Bay is the location of Caines Head, at the summit of which Fort McGilvray is situated 650 feet (198 meters) above sea level. This fortification was constructed by the United States Armed Forces to defend against a possible invasion by the Imperial Japanese Army during World War II. The bay remains ice-free even in winter, making it easily navigable.It is the central theme of the song "Resurrection Bay" by John Craigie on his album Montana Tale.
It is called the "gateway to the Kenai Fjords" as many water taxis, kayak tours, anglers, and recreational boaters use the bay to access nearby Kenai Fjords National Park.

We can help! Many campsite reservations are cancelled daily. Just tell us when you’d like to camp at Thumb Cove State Marine Park, and how long you want to camp for. We’ll text you when a suitable spot opens up!