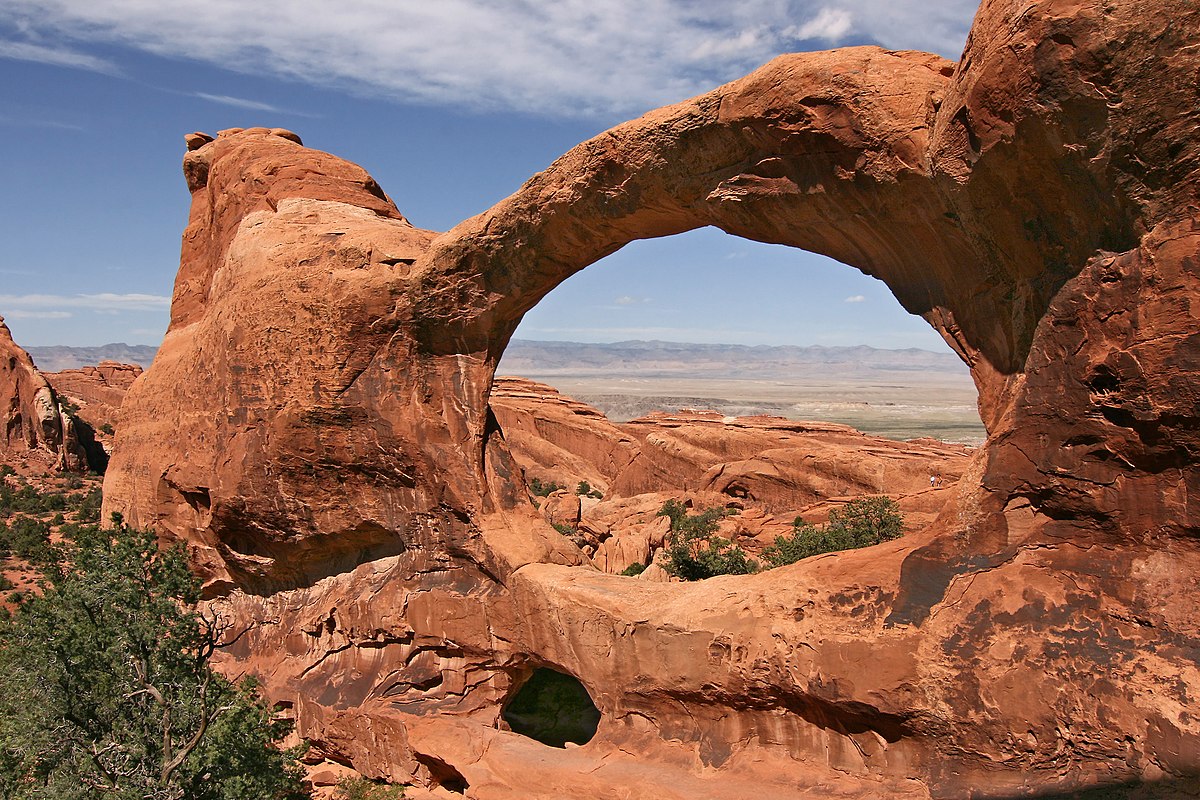 Discover a landscape of contrasting colors, land forms, and textures unlike any other. The park has over 2,000 natural stone arches, hundreds of soaring pinnacles, massive rock fins, and giant balanced rocks. This red-rock wonderland will amaze you with its formations, refresh you with its trails, and inspire you with its sunsets.

Arches National Park is a national park in eastern Utah, United States. The park is adjacent to the Colorado River, 4 miles (6 km) north of Moab, Utah. More than 2,000 natural sandstone arches are located in the park, including the well-known Delicate Arch, as well as a variety of unique geological resources and formations. The park contains the highest density of natural arches in the world.The park consists of 310.31 square kilometres (76,680 acres; 119.81 sq mi; 31,031 ha) of high desert located on the Colorado Plateau. The highest elevation in the park is 5,653 feet (1,723 m) at Elephant Butte, and the lowest elevation is 4,085 feet (1,245 m) at the visitor center. The park receives an average of less than 10 inches (250 mm) of rain annually.
Administered by the National Park Service, the area was originally named a national monument on April 12, 1929, and was redesignated as a national park on November 12, 1971. The park received more than 1.6 million visitors in 2018.

We can help! Many campsite reservations are cancelled daily. Just tell us when you’d like to camp at Arches National Park, and how long you want to camp for. We’ll text you when a suitable spot opens up!