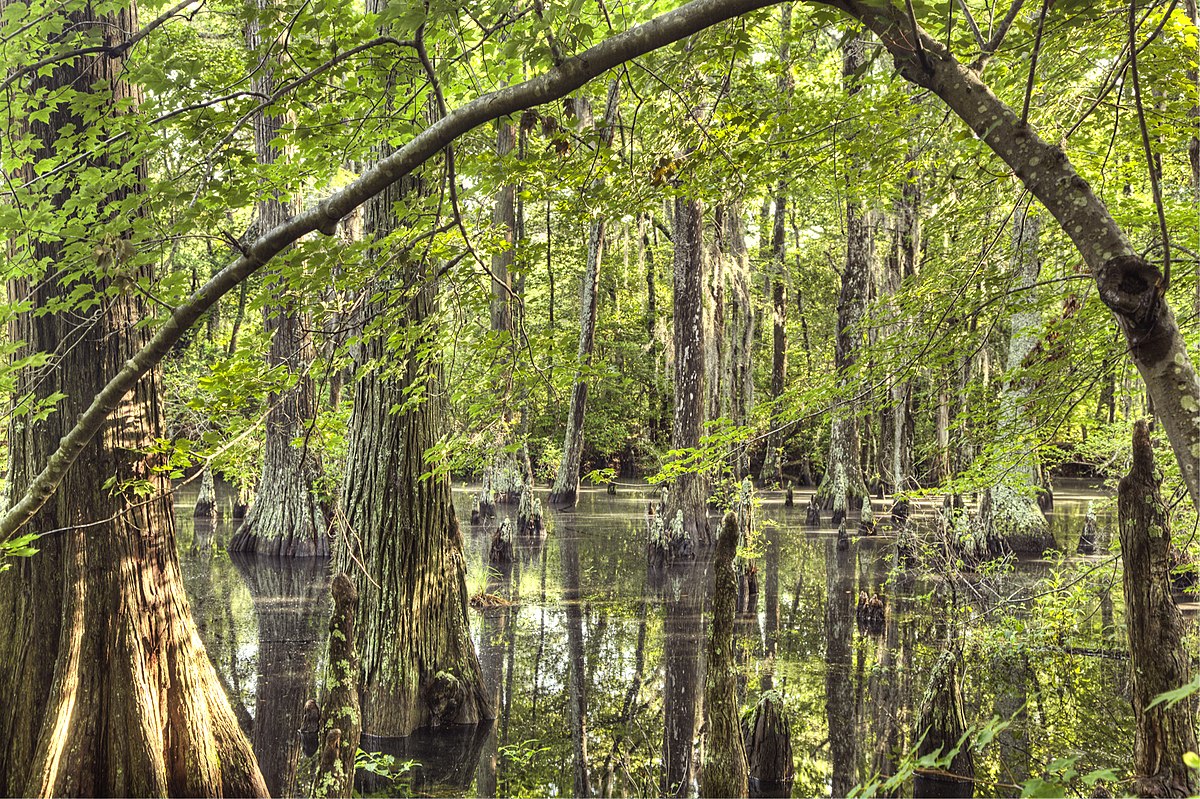 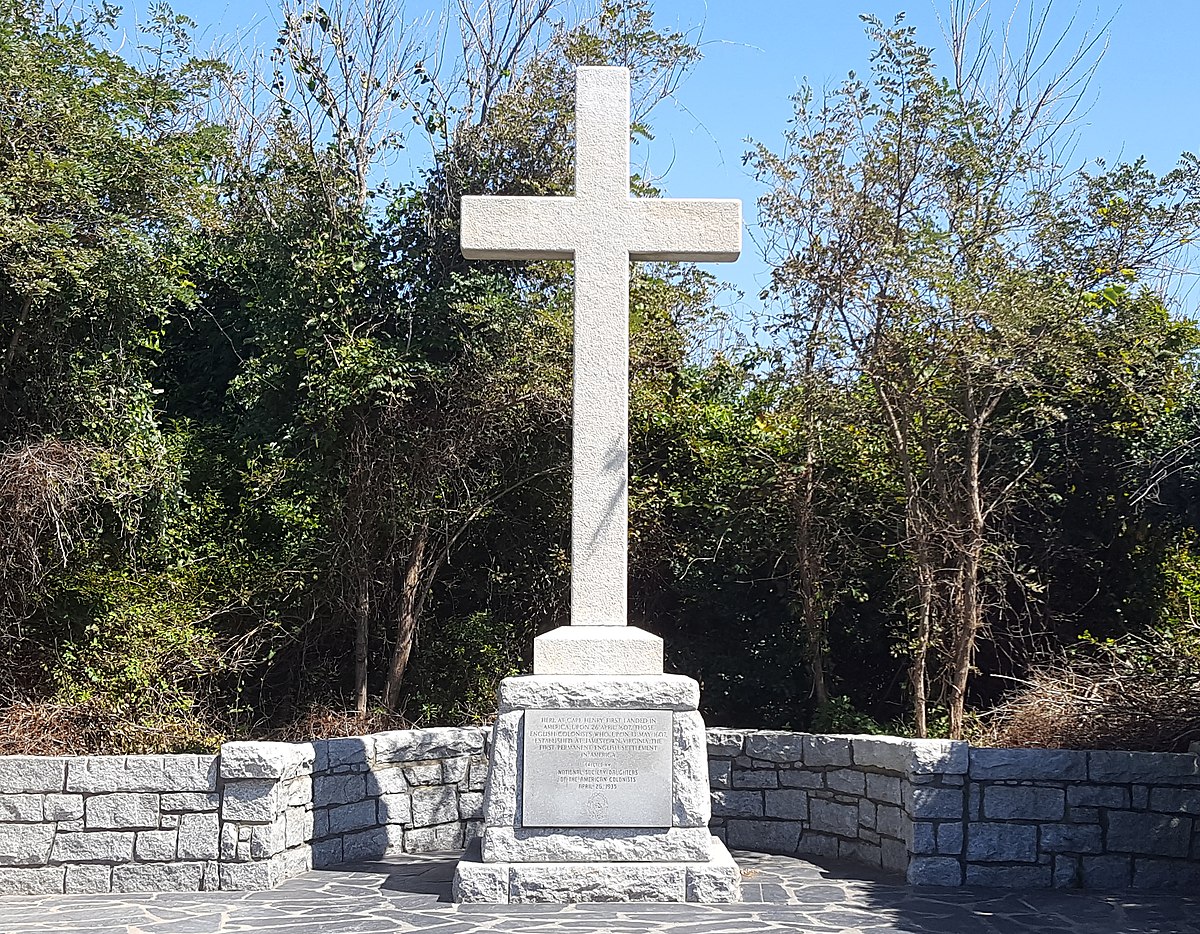 First Landing State Park (formerly Seashore State Park) offers recreational opportunities at Cape Henry in the independent city of Virginia Beach, Virginia. As the first planned state park of Virginia, First Landing is listed on the National Register of Historic Places as Seashore State Park Historic District. A portion of the park is listed as a National Natural Landmark as part of the Seashore Natural Area.
The state park is near the site of the first landing on April 26, 1607 of Christopher Newport and the Virginia Company colonists before establishing themselves at Jamestown. The park includes cabins, areas for camping, fishing, and swimming, a public beach, and over 19 miles (31 km) of trails for hiking and biking. Virginia's most popular state park, it's visited by over a million people each year. Its main entrance is located on Shore Drive across from the beach camping entrance. First Landing State Park charges a fee for its camping facilities and for the overnight use of its cabins.
Originally built by the Civilian Conservation Corps in the 1930s, First Landing State Park is located on the Chesapeake Bay. The park, which is Virginia's most visited state park, is nestled in Virginia Beach. First Landing offers boating, swimming, nature and history programs, hiking, biking, picnicking, a boat launch, cabins and 19 miles (31 km) of trails on 2,888 acres (11.69 km2). It also has campsites that have water and electric hook-ups and nearby access to restrooms and showers. The park's name was changed in 1997 from Seashore State Park to First Landing State Park to reflect its heritage as the first place where members of the Virginia Company landed (though its former name is still commonly used by Tidewater locals).

We can help! Many campsite reservations are cancelled daily. Just tell us when you’d like to camp at First Landing State Park, and how long you want to camp for. We’ll text you when a suitable spot opens up!