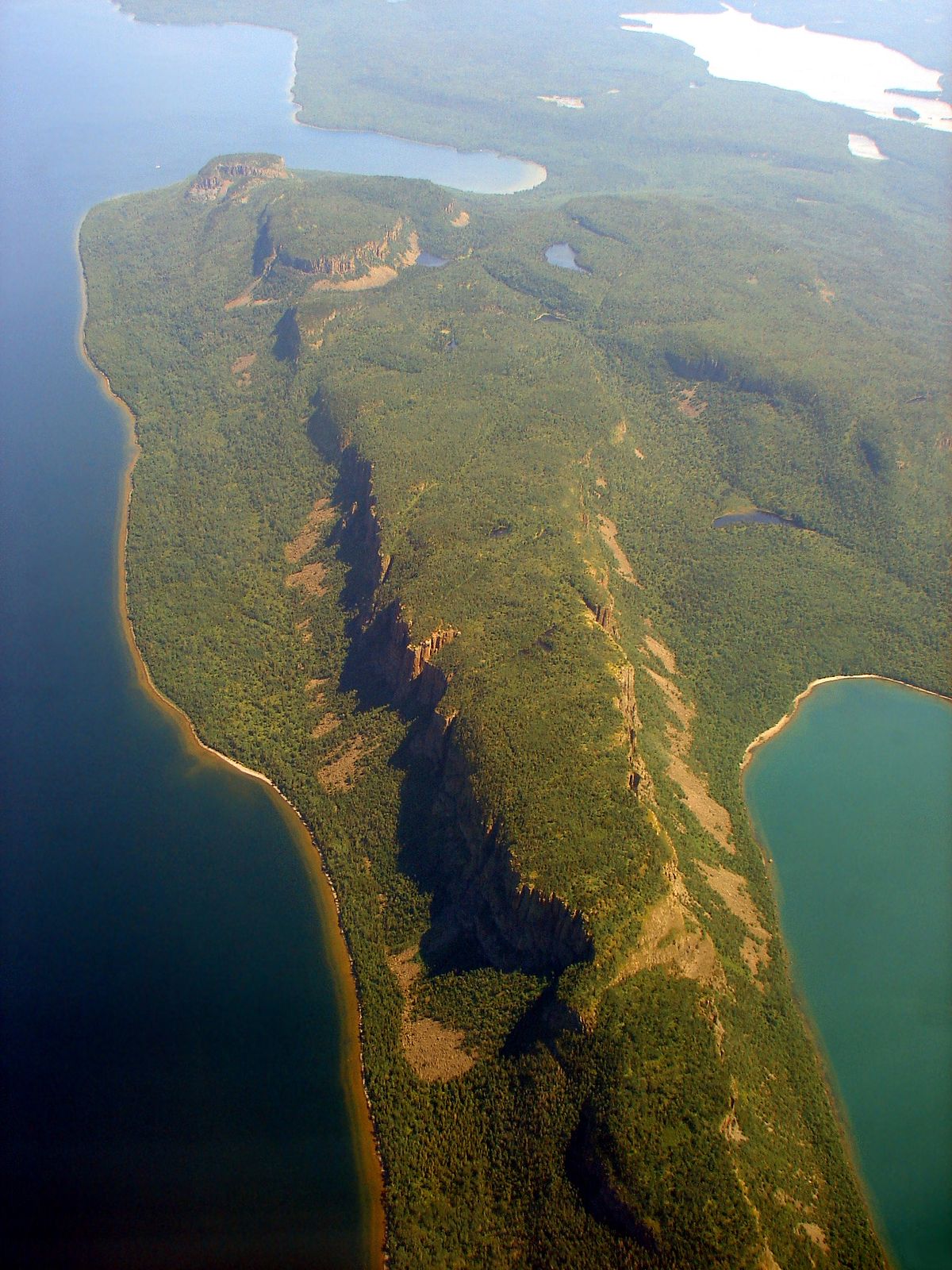 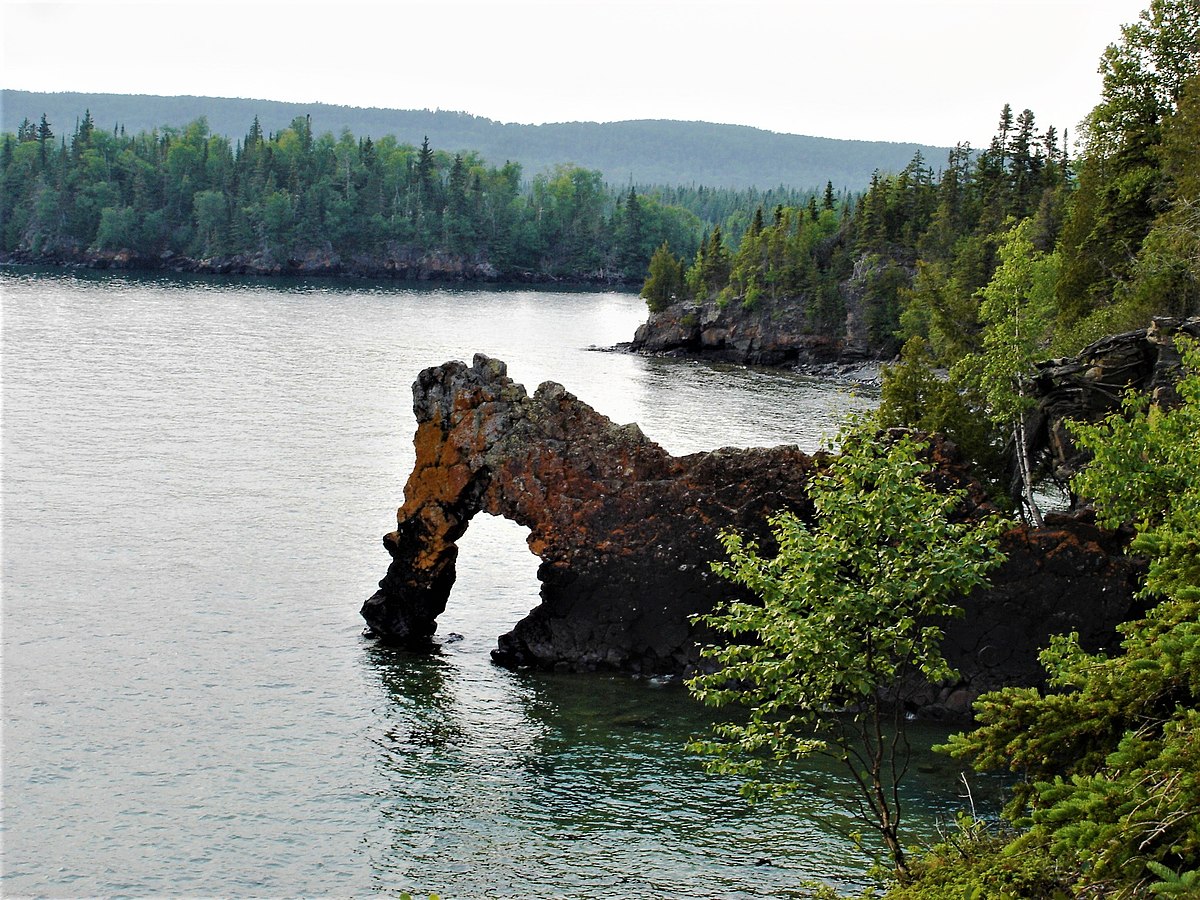 Sleeping Giant Provincial Park, established in 1944 as Sibley Provincial Park and renamed in 1988, is a 244-square-kilometre (94 sq mi) park located on the Sibley Peninsula in Northwestern Ontario, east of Thunder Bay. The nearest communities are Pass Lake, in the township of Sibley, located at the northern entrance to the park, and Dorion, located 35 kilometres (22 mi) northwest, in the township of Shuniah. The seasonal community of Silver Islet is located on the southern tip of the peninsula. The primary feature of the park is the Sleeping Giant, which is most visible from the city of Thunder Bay.
The park occupies most of the lower portion of the peninsula excluding the area around the seasonal community of Silver Islet, and a portion of Thunder Cape which is designated as the Thunder Cape Bird Observatory. The eastern portion of the park is lowlands, while the western half is composed of cliffs, valleys, and the mesa–cuestas which make up the Sleeping Giant formation. At its eastern edge, the park borders the Lake Superior National Marine Conservation Area.

We can help! Many campsite reservations are cancelled daily. Just tell us when you’d like to camp at Sleeping Giant Provincial Park, and how long you want to camp for. We’ll text you when a suitable spot opens up!