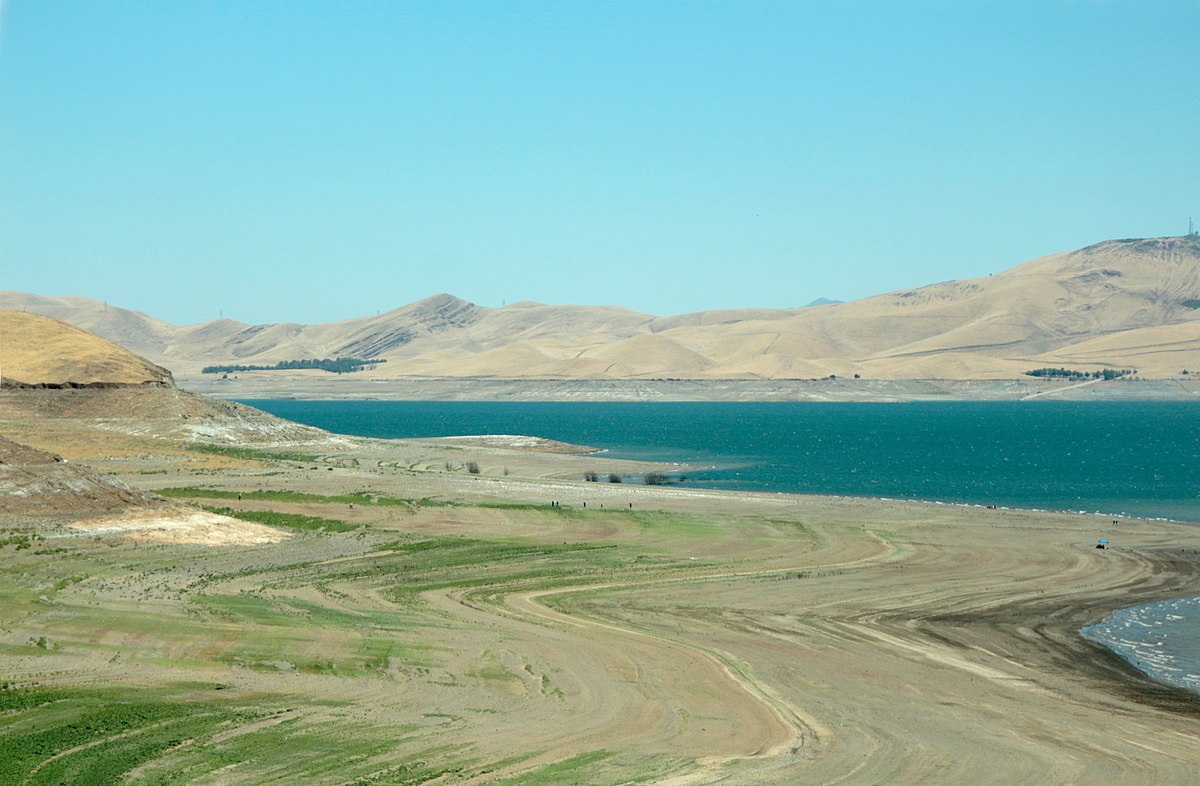 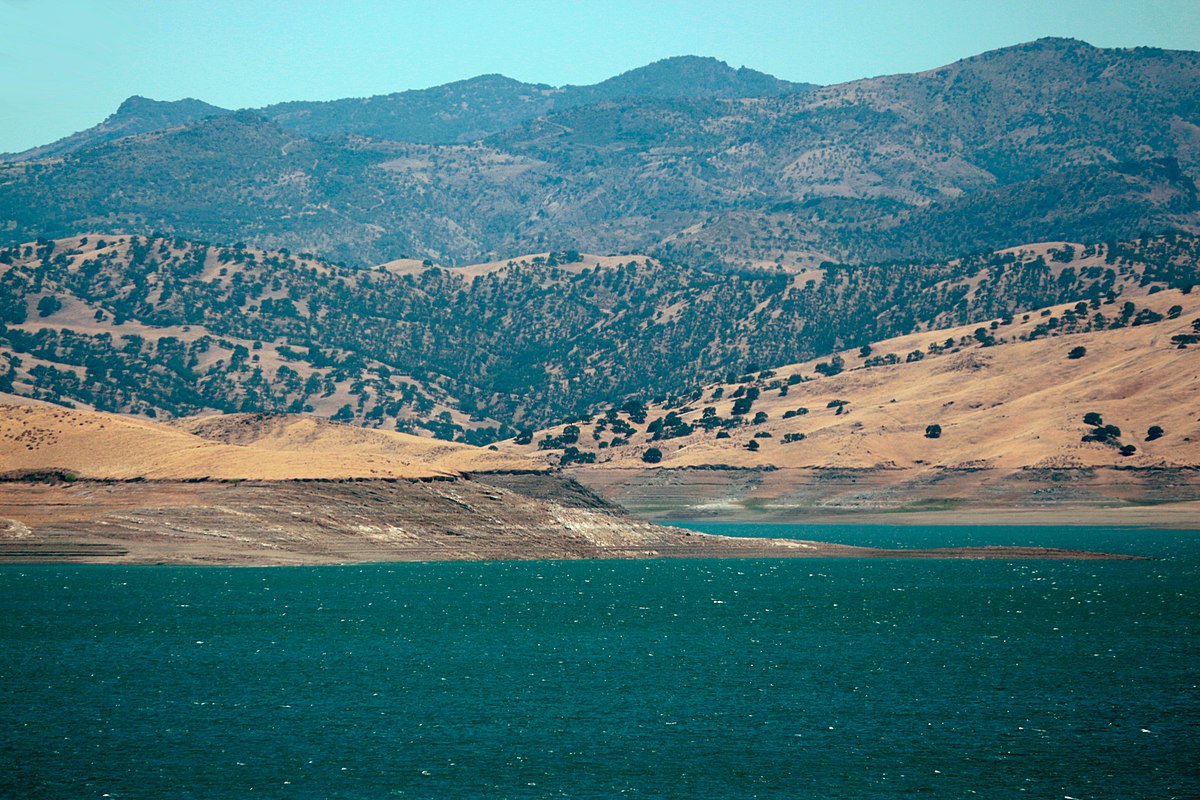 The San Luis Reservoir is an artificial lake on San Luis Creek in the eastern slopes of the Diablo Range of Merced County, California, approximately 12 mi (19 km) west of Los Banos on State Route 152, which crosses Pacheco Pass and runs along its north shore. It is the fifth largest reservoir in California. The reservoir stores water taken from the San Joaquin-Sacramento River Delta. Water is pumped uphill into the reservoir from the O'Neill Forebay which is fed by the California Aqueduct and is released back into the forebay to continue downstream along the aqueduct as needed for farm irrigation and other uses. Depending on water levels, the reservoir is approximately nine miles long from north to south at its longest point, and five miles (8 km) wide. At the eastern end of the reservoir is the San Luis Dam, or the B.F. Sisk Dam, the fourth largest embankment dam in the United States, which allows for a total capacity of 2,041,000 acre-feet (2,518,000 dam3). Pacheco State Park lies along its western shores.
Completed in 1967 on land formerly part of Rancho San Luis Gonzaga, the 12,700 acres (5,100 ha) reservoir is a joint use facility, being a part of both the California State Water Project and federal Central Valley Project, which together form a network of reservoirs, dams, pumping stations, and 550 miles (885 km) of canals and major conduits to move water across California. The San Luis Reservoir is located in Merced County, and has a visitor center located at the Romero Outlook where visitors can learn more about the dam and reservoir. The surface of the reservoir lies at an elevation of approximately 544 ft (166 m), with the O'Neill Forebay below the dam at 225 ft (69 m) above sea level. This elevation difference allows for a hydroelectric plant to be constructed - the Gianelli Hydroelectric Plant. Power from this plant is sent to a Path 15 substation, Los Banos via a short power line. Those 500 kV wires, carrying both the power generated here and elsewhere, leave the area and cross the O'Neill Forebay on several man-made islands.
San Luis Reservoir also supplies water to 63,500 acres (25,700 ha) of land in the Santa Clara Valley west of the Coast Ranges. San Justo Dam stores water diverted from San Luis Reservoir through the Pacheco Tunnel and Hollister Conduit, which travel through the Diablo Range. The Santa Clara Tunnel and Santa Clara Conduit convey water to the Coyote Pumping Station in the Santa Clara Valley.

We can help! Many campsite reservations are cancelled daily. Just tell us when you’d like to camp at San Luis Reservoir State Recreation Area, and how long you want to camp for. We’ll text you when a suitable spot opens up!