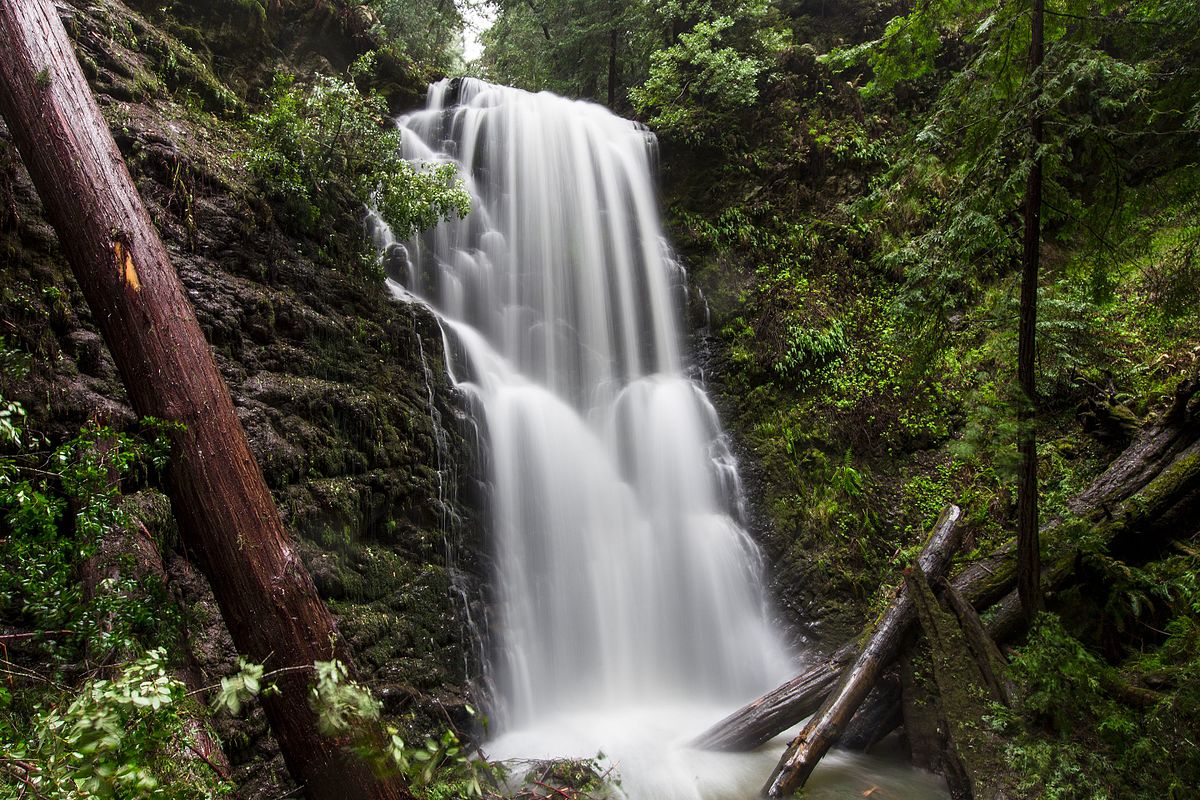 Big Basin Redwoods State Park is a state park in the U.S. state of California, located in Santa Cruz County, about 36 km (22 mi) northwest of Santa Cruz. The park contains almost all of the Waddell Creek watershed, which was formed by the seismic uplift of its rim, and the erosion of its center by the many streams in its bowl-shaped depression.
Big Basin is California's oldest State Park, established in 1902, earning its designation as a California Historical Landmark. Its original 3,800 acres (15 km2) have been increased over the years to over 18,000 acres (73 km2). It is part of the Northern California coastal forests ecoregion and is home to the largest continuous stand of ancient coast redwoods south of San Francisco. It contains 10,800 acres (44 km2) of old-growth forest as well as recovering redwood forest, with mixed conifer, oaks, chaparral and riparian habitats. Elevations in the park vary from sea level to over 600 m (2,000 ft). The climate ranges from foggy and damp near the ocean to sunny, warm ridge tops.
The park has over 130 km (81 mi) of trails. Some of these trails link Big Basin to Castle Rock State Park and the eastern reaches of the Santa Cruz range. The Skyline-to-the-Sea Trail threads its way through the park along Waddell Creek to Waddell Beach and the adjacent Theodore J. Hoover Natural Preserve, a freshwater marsh.The park has many waterfalls, a wide variety of environments (from lush canyon bottoms to sparse chaparral-covered slopes), many animals (deer, raccoons, an occasional bobcat) and abundant bird life – including Steller's jays, egrets, herons and acorn woodpeckers.
In August 2020, the visitor center and headquarters were destroyed in the CZU Lightning Complex fires. As of April 2021, the park remains closed to the public, perhaps up to a year.

We can help! Many campsite reservations are cancelled daily. Just tell us when you’d like to camp at Little Basin State Park, and how long you want to camp for. We’ll text you when a suitable spot opens up!