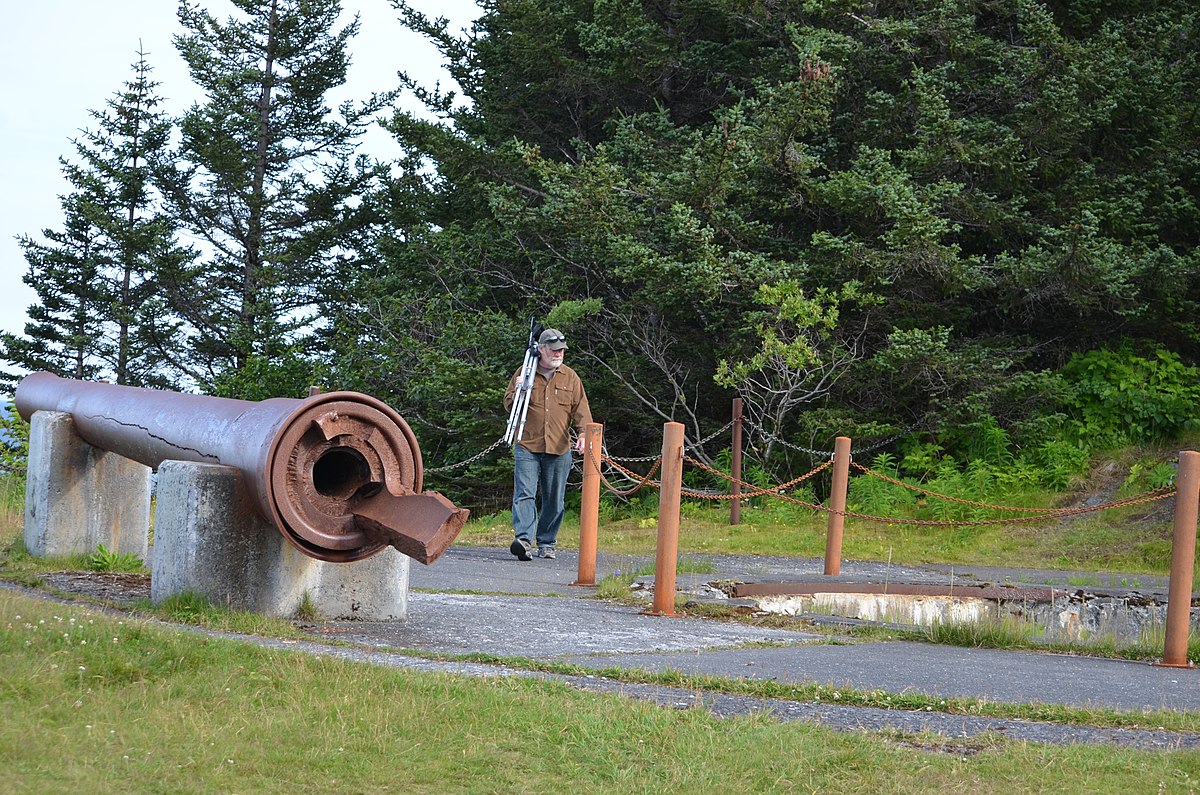 Fort Abercrombie State Historical Park, also known as the Fort Abercrombie State Historic Site, is an Alaska state park on Kodiak Island, Alaska. It includes 182 acres (74 ha) of land at the end of Miller Point, located on the eastern shore of Kodiak Island northeast of the city of Kodiak. The park, established in 1969, is noted for its historical World War II fortifications and its scenery, which includes bluffs overlooking the ocean, spruce forests, and meadows. The site was named in honor of the early Alaska explorer and United States Army officer Lt. Col. William R. Abercrombie. The fortifications, whose surviving elements include gun emplacements, underground magazines, and foundational remnants of buildings, were built in 1941 and abandoned after the war ended, having seen no action.The park was listed on the National Register of Historic Places in 1970, and was included in the National Historic Landmark designation of the Kodiak Naval Operating Base and Forts Greely and Abercrombie in 1985.Park facilities include a campground (best suited for tent camping as the park's narrow and winding roads make RV access difficult), a group camping area, a picnic area, and hiking trails.

We can help! Many campsite reservations are cancelled daily. Just tell us when you’d like to camp at Fort Abercrombie State Historic Park, and how long you want to camp for. We’ll text you when a suitable spot opens up!