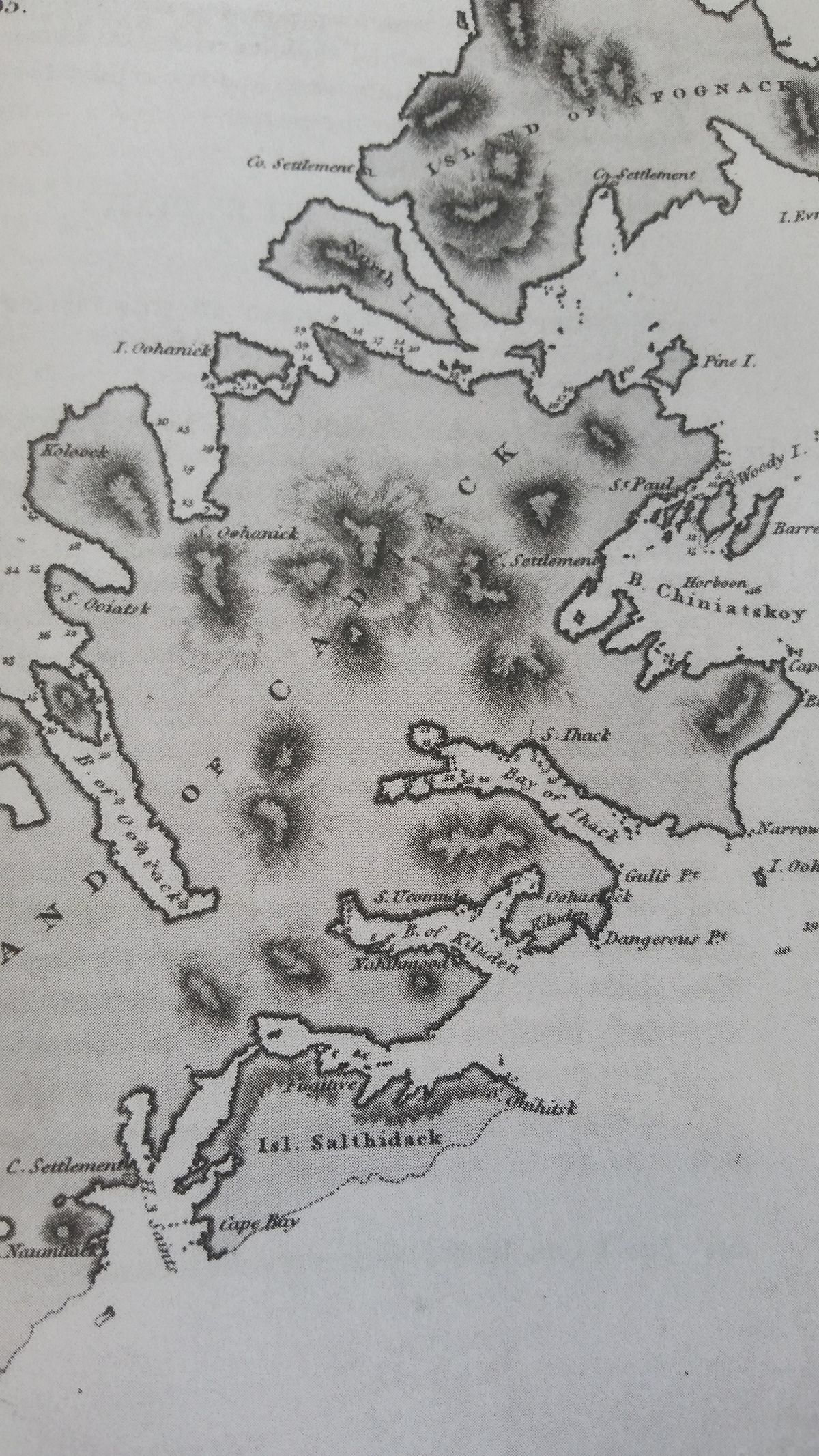 Kodiak Island (Alutiiq: Qikertaq), is a large island on the south coast of the U.S. state of Alaska, separated from the Alaska mainland by the Shelikof Strait. The largest island in the Kodiak Archipelago, Kodiak Island is the second largest island in the United States and the 80th largest island in the world, with an area of 3,595.09 sq mi (9,311.2 km2), slightly larger than Cyprus. It is 160 km (99 miles) long and in width ranges from 16 to 97 kilometers (10 to 60 mi). Kodiak Island is the namesake for Kodiak Seamount, which lies off the coast at the Aleutian Trench. The largest community on the island is the city of Kodiak, Alaska.
Kodiak Island is mountainous and heavily forested in the north and east, but fairly treeless in the south. The island has many deep, ice-free bays that provide sheltered anchorages for boats. The southwestern two-thirds of the island, like much of the Kodiak Archipelago, is part of Kodiak National Wildlife Refuge.
Kodiak Island is part of the Kodiak Island Borough and Kodiak Archipelago of Alaska. The town of Kodiak is one of seven communities on Kodiak Island and is the island's main city. All commercial transportation between the island and the outside world goes through this city either via ferryboat or airline. Other settlements include the villages of Akhiok, Old Harbor, Karluk, Larsen Bay, Port Lions, and an unorganized community near Cape Chiniak. The village of Ouzinkie on nearby Spruce Island is also part of the island community.
Kodiak is also home to the largest U.S. Coast Guard base, which includes Coast Guard Base Kodiak, Coast Guard Air Station Kodiak, Communications Station Kodiak, and Aids to Navigation Station Kodiak. The island is also home to the Pacific Spaceport Complex.
The Kodiak bear and the king crab are native to the island. The fishing industry is the most important economic activity on the island; fisheries include Pacific salmon, Pacific halibut, and crab. The Karluk River is famous for its salmon run. Logging, ranching, numerous canneries, and some copper mining are also prevalent.
An antenna farm at the summit of Pillar Mountain above the city of Kodiak provides primary communications to and from the island.

We can help! Many campsite reservations are cancelled daily. Just tell us when you’d like to camp at Halibut Point State Recreation Site, and how long you want to camp for. We’ll text you when a suitable spot opens up!